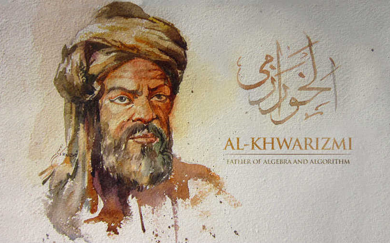 Al-Khwarizmi influenced mathematical thought more than any other writer of his time.

Several of his books were translated into Latin in the early 12th century. In fact, his book on arithmetic, Kitab Al-Jam’a wal- Tafriq bi-‘l-Hisab Al-Hindi, was lost in Arabic but survived in a Latin translation. His astronomical tables were also translated into European languages and later, into Chinese.

His geographical work Kitab Surat-Al-Ard, (The Form of the Earth) together with its maps, was also translated. In addition, he wrote a books on the astrolabe, and on sun-dials.