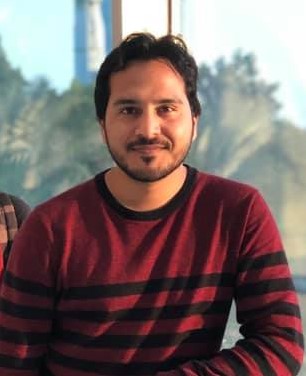 What are you most curious about in life?
I’m curious to learn about aviation & astronomy although these fields are not closely related to what I do but I am constantly reading, watching & learning stuff related to them.

I have deep concern about rapid changes going around the globe & the consequences of those occurrences such as climate change, AI/ML & shortage of resources.

What are the failures that you most cherish?
I run various startups & online stores for the last 10 years, there are some of them which failed due to a lack of proper research & findings. The takeaway from those failures was to spend 75% of the time on research & 25% only on implementation. Following these rules, my last two startups are performing very well compared to the ones that failed.

If you could go back five years, what advice would you give your younger self?
Invest your time and efforts in building a passive business, give proper timing to that plant; the time your retire the plant will become a fruitful tree to give you shelter in hard times.
Small but regular steps make big differences in our lives.

What do you do outside of the work environment?
I run a few online stores, a small agency offering various services in my spare time. Part of daily routine includes research & development, playing chess, running a small youtube channel & time with family.

What is the most courageous thing you have done in your life?
Once, I represented my country in two software competition in India/Pakistan. Won both international awards in 2014/2015 by presenting a multi-functional dictionary that works offline, online, mobile & desktop simultaneously. Winning in Pakistan & selected to represent my country in Indonesia in another competition on Asia level.

What is your favorite film/series and why?
Interstellar & Dirilis Ertugrul are my favorite movies. I watched Interstellar 5 times while Ertugrul 2 times because Ertugrul is around 400 Episodes on the history of the Ottoman Empire.