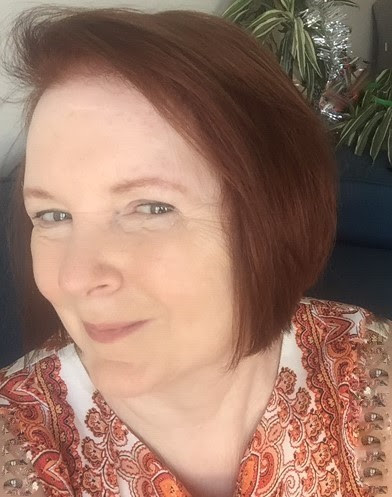 What are you most curious about in life?
Trying to find a short answer to this question… History, art, politics, astronomy, sport and more: all sorts of things catch my attention and feature in my google searches…

What are the failures that you most cherish?
I like the quote from Thomas Edison, lightbulb inventor: “I haven’t failed, just found 10,000 ways that won’t work.” I’ve tried to see failures or obstacles as learning opportunities: whether new ways of doing things or new life lessons, it’s all useful for the future.

If you could go back five years, what advice would you give your younger self?
“Sign up for another Arabic language course” – I’ve taken some courses and want to do more.

What do you do outside of the work environment? I’m an avid football fan: I’ve been a supporter of Arsenal FC since I was very young. I was born in London and they are my home town club.
I also have a keen interest in international politics, so I read the news and in-depth articles. Reading, watching movies, swimming and listening to music as well.

What is the most courageous thing you have done in your life?
After a long career UK university administration, I resigned from Oxford University in 2010 and did consultancy work while deciding on next steps. I accepted a job at a university in Egypt and, when that fell through, I moved in March 2011 to take up a Head of Quality Assurance job in Bahrain. Nine years and two other jobs later, this led to coming to Abu Dhabi to join KIC – another rewarding move. Although I wouldn’t have picked this word to describe myself, on reflection I guess being willing to take the opportunities that life presents to you is in fact courageous.

What is your favourite film/series and why?
Series: Dr Who (though not current show-runner or lead actor: a comment that shows just how addicted I am). Also Star Trek. I think it’s because both take universal themes and translate them into good plot stories that evoke the whole range of emotions. Film: Stardust because it’s a fantasy with a gorgeous musical score; Face/Off because it’s the perfect action movie with two great lead actors; plus others that I could watch over and over including Casablanca and Star Wars and The Good, the Bad and the Ugly and… there are just too many!