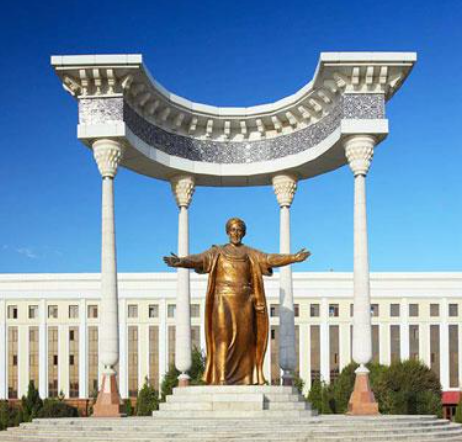 Muḥammad ibn Musa al-Khwarizmi,  was a mathematician, astronomer, geographer and a scholar in the House of Wisdom in Baghdad. He was born in 780 in Khiva, Khwarezm region of modern Uzbekistan.

To Al-Khwarizmi we owe the world “algebra,” derived from the title of his mathematical work, Hisab al-Jabr wa-al-Muqabala. The modern meaning of the word relates to a specific practice for solving a particular problem. The principles that are found in Al-Khwarizmi’s text written about 1200 years ago, are foundations for modern mathematical implementations. Al-Khwarizmi was also responsible for introducing the Arabic numbers to the West, setting in motion a process that led to the use of the nine Arabic numerals, together with the zero sign.